A Pivotal Moment for Clean Transportation

As a New Yorker, both of birthright and spirit, I have spent my entire life developing my deep love for cities. The work I do centers on examining the tools and infrastructure that support the future of cities, with a focus on equity in transportation.

Transportation that can create more equitable access to places and power.

This work, my deep interest in how people are transported from place to place, began when I was awarded a grant by New York City’s Columbia University to study Bus Rapid Transit (BRT) in Colombia, as Bogotá’s famed TransMileno pioneered a new public transit paradigm in Latin America.

Transmilenio revolutionized transit access by creating a system of routes across the city, with dedicated bus lanes separated from other vehicular traffic, prioritizing public transit and making it a faster option than a private car. At the city’s periphery and in hilly neighborhoods, smaller feeder buses navigate the streets and bring riders to the terminus of one of the network’s seven routes. For Bogotanos, who previously relied on a patchwork of privately-owned minibuses that sat in traffic, TransMilenio created a new way to navigate the city. 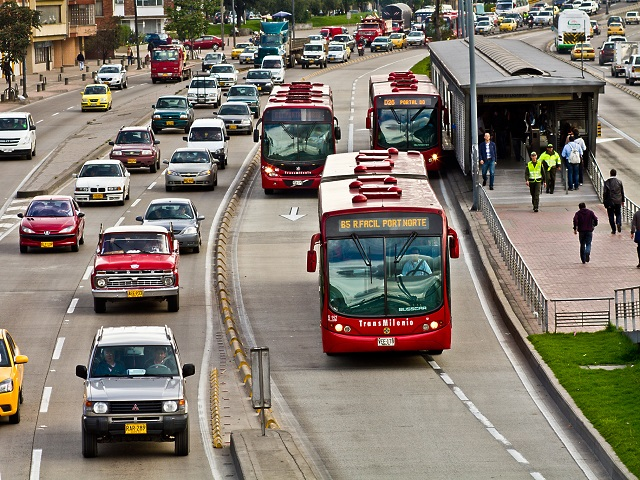 Caption: With TransMilenio’s infrastructure, the road prioritizes the bus over private cars.

To add to the magic, Bogotá also has something called a Ciclovía, where some streets close to cars on Sundays and holidays. Over 75 miles of asphalt becomes the domain of bicyclers, roller-skaters, other human-powered wheelers, and pedestrians. There are street parties on the roadway in some neighborhoods, and mechanics hang out on route to help people whose wheels need patching up, too. 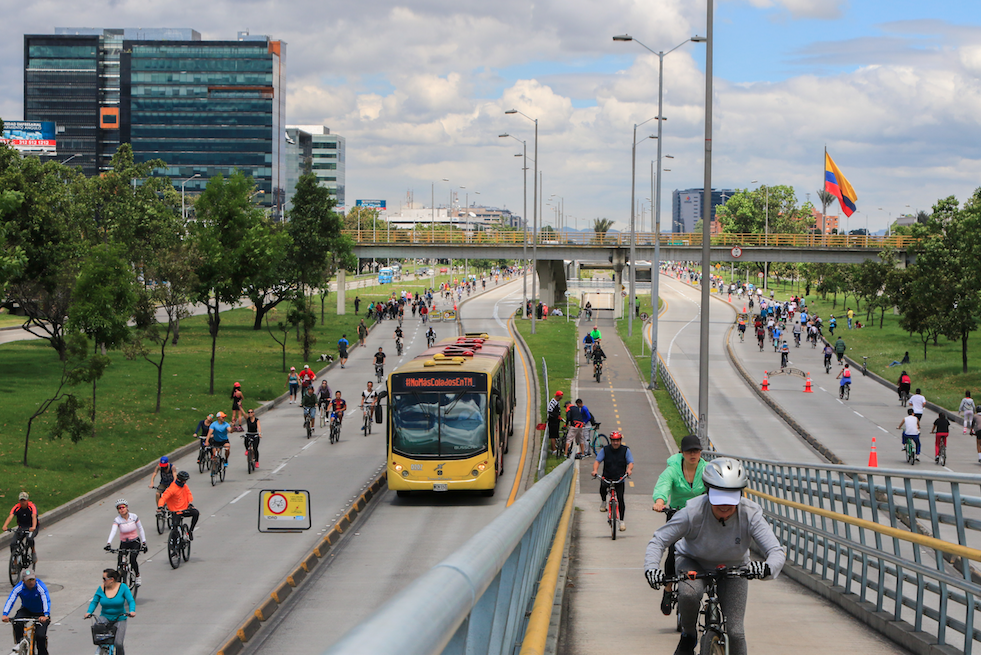 Out of the city’s population of 7.4 million, about 2 million (that’s one in four Bogotanos), show up in the carless streets each week. The Ciclovía concept has become recognized as a “best practice,” and in the United States has been replicated and adapted, albeit at a much smaller scale, in U.S. cities as radically different as Los Angeles, Atlanta, and Trenton.

The experience of walking through Bogota’s joyous, carless streets on Sundays lives vividly in my mind, even a decade later.

More recently, my work before joining GreenLatinos in the Summer of 2020 focused on developing a way to measure what makes for inclusive, healthy places. A Guide to Inclusion and Health in Public Space: Learning Globally to Transform Locally is a framework for measuring what constitutes inclusive, healthy places. I led research to develop this evaluative tool while consulting with the Gehl Institute, in collaboration with the Robert Wood Johnson Foundation.

In the field of clean transportation, we have a great deal of work to do. COVID-19 has also thrown into stark reality the vulnerability and fragility of our public transit systems, and who is most dependent on them. Asian American and Black workers commute by public transit at four times the rate of white workers, while Latino/a/x workers use public transit at three times the white rate. These systems not only need to offer clean energy solutions, they also need to be equitable.

Today, transportation is expensive, and can place a burden to cash strapped families. Costs related to transportation are the second largest expense for U.S. households. The average household spends almost 20 percent of its total income on transportation expenses, and for low-income households, it can be as high as 30 percent, forcing individuals and families to make often challenging budget decisions.

Latino/a/x communities are disproportionately affected by air pollution and public health issues like asthma, come from lower air quality. This is no coincidence. Racism manifests geographically and environmentally; historically and today, communities of color face greater harms from environmental factors. Even the EPA agrees that environmental racism is real, and that people of color are much more likely to live near polluters and breathe polluted air. 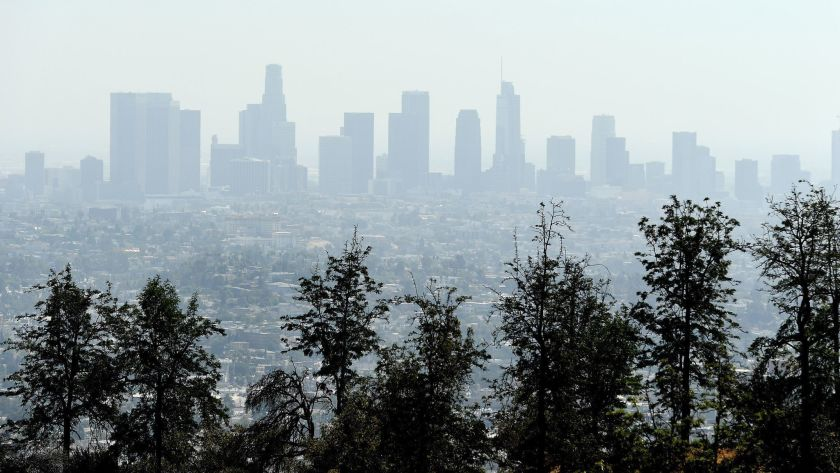 Indeed, Latinx children are three times more likely than non-hispanic white children to live in counties where air quality is poor. By advocating for cleaner alternatives to gasoline-powered cars, we can support efforts to mitigate the climate crisis and improve air quality. Communities have long sought these changes and the data shows that this need is more urgent than ever.

We are at a pivotal moment for harnessing potential to create meaningful change. That’s why as we prepare to welcome the incoming Biden Administration and the 117th Congress in January 2021,  it is my sincerest hope that our nation will be at a turning point in our relationship to transportation.

By building momentum for equitable policy that addresses and makes reparations for the historic barriers faced by Latino/a/x and other communities of color in their efforts to advance transportation equity and improve accessibility, we can improve people’s lives in both the immediate and long term.

This means, we’ll make it easier, safer, more affordable, and healthier to get around – whether it be by public transit, bike, car, or even on our own two feet.

Andrea Marpillero-Colomina is a Clean Transportation Advocate for GreenLatinos.