Do toxic dumps in Puerto Rico portend the next Flint tragedy?

The tragedy of Flint has taught us a great deal about how poor governance can lead to a poisoning of a community. It happened after a decade or more of waning attention to crucial environmental concerns down at the level where Americans live, in their neighborhoods and in homes, particularly for the most vulnerable populations.

What is particularly troubling about the crisis in Flint is that it is a clear example of how communities of color and low-income communities are often left behind.

It's not surprising that a predominantly low-income, predominantly African-American city is facing the most egregious form of environmental injustice. Those who depend the most on government too often are the ones facing the greatest harm, and lack the know-how and political power to address the damage, risk and discrimination they face from this unequal protection.

Worse, in some cases, the elected officials that claim to represent them turn a blind eye.

Unfortunately, Flint is just one example.

In nearby Detroit, where I grew up, many poor residents of color are surrounded by coal-fired power plants, owned by DTE Energy, which in 2011 were named the ninth-worst power plants in the country "for health outcomes in communities of color" by the NAACP. 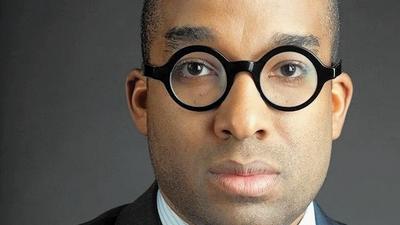 Something similar is unfolding in the Commonwealth of Puerto Rico, a U.S. territory, where a crisis is evolving around Puerto Rico's alarmingly toxic landfills, 80 percent of which do not comply with U.S. Environmental Protection Agency rules. Since 1994, the EPA had delegated enforcement of safety rules on landfills to the local Puerto Rico government, as reported by Puerto Rico's two biggest newspapers, El Nuevo Dia and El Vocero.

These are not just one or two landfills out of compliance. The problem affects the entire island. Of the commonwealth's 27 municipal landfills, 22 are noncompliant with basic environmental rules.

These landfills are spread out across Puerto Rico. Several sit on land over the North Coast Limestone aquifer system, while others are near the coastlines.

These lack the basic engineering requirements of a compliant landfill, such as liners to ensure toxic liquids don't flow into streams and rivers of neighborhoods. The public-health implications from the toxicity from the landfills, and the methane that escapes, have yet to be considered because quite frankly, no one is paying attention.

Worse, the EPA has known about the problem — for decades. The agency admits "landfills in Puerto Rico have not always been closed in accordance with the minimum federal and state regulations." More alarming, the local Environmental Quality Board, which ostensibly is the local enforcement agency, has also turned a blind eye and allowed these landfills to continue to operate.

The EPA's neglect allowed the landfill system to become toxic in Puerto Rico, but the deck is stacked against residents fighting this environmental injustice.

According to a 2015 study by the Center for Public Integrity, the EPA's Office of Civil Rights has "routinely failed to enforce Title VI of the Civil Rights Act of 1964, which prohibits racial discrimination by those receiving federal financial assistance. The office has dismissed nine out of every 10 community claims alleging environmental discrimination, and has never once issued a formal finding of a Title VI violation."

Mark Magaña of Green Latinos, an advocacy organization that fights environmental injustice in Latino communities, remarked following a tour of Puerto Rico's landfills and met with local residents, who told him of years of violations being documented by authorities and not acted upon.

"The story in Puerto Rico is not unique marginalized communities left vulnerable to environmental degradation and harm," Magaña said. "What is unique is the vast scale at which these regulatory violations are occurring and the extent to which it appears that agencies at all levels have left the island's residents at risk."

So while landfills may not grab headlines like the current debt crisis rocking the island, the damage and the injustice of the overlooked landfill waste are very real. With so many sites in violation over so much time, one has to wonder if Puerto Rico is the next Flint — yet the residents are simply waiting to receive the attention of the nation before it's too late. We can and must do better.

This piece was originally published in the Orlando Sentinel: http://www.orlandosentinel.com/opinion/os-ed-puerto-rico-is-next-flint-michigan-051016-20160509-story.html